Controversy as a Marketing Strategy: To Do or Not to Do?

Companies invest a lot to build a good image or reputation. It develops by making the consumers, their needs and wants, and their satisfaction the utmost priority. A good connection with consumers can help the company to increase goodwill and boost sales. Since it’s not always possible to keep everyone happy, and given the ample amount of competition, there is a race between companies to get known among the consumers. Therefore, marketing strategies may not always be the most idealistic ones.

Firms grab attention by creating buzz, or sometimes a controversy, through advertisements or some announcements. Social media can help the content go viral and get attention. This quick and easy way to get their brand name in front of the customer’s screen, increasing brand recognition and thus a boost in sales has been termed as Controversy marketing.

A marketing team needs to be careful while using such strategies because it can be quite risky. While it does guarantee a lot of eyeballs, whether it will boost sales or result in ‘canceling’ of the company depends on the netizen’s reception. 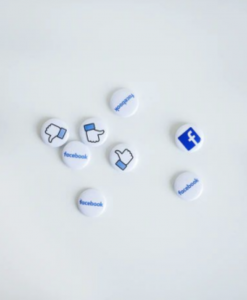 In this digital era, social media contents deluge our minds every day. The content grabs our attention because the subject causes controversies. Organizations believe that by using “Shock marketing” strategies, they can capture the attention of the customers and increase the traffic. These strategies are used to capture larger audiences and improve their brand image.

It is difficult to use controversial marketing without offending a portion of the targeted consumer in the market. It can either ruin the image or can build it. Controversy can help a firm to gain new consumers, but it can also lose its existing consumers who are offended. The profit made from the controversy can compensate for the losses. It all depends on how you execute the campaign idea.

We can say that controversial marketing is double-sided. On one side, it benefits the firm by increasing its reach and making more people aware of the brand; on the other, it ruins the brand value. So it has to be carefully planned, and an alternative plan should always be kept ready to reduce the impact.

Controversial marketing works as they target the emotions of the customers. It works because of an instant reaction by the audience as they have their own beliefs and perception about the controversial content.

There are several examples such as:

Sometimes moviemakers try to link the actors as a couple to increase the audience. They deliberately use the PR of the actors to highlight their social work or list them as activists with any cause. With the help of such controversies, movie makers make more money just by hiring A-listed celebrities for the movie. Some actors make such statements that create controversy to gain attention and market themselves.

Nike came up with a campaign called “Believe in something that means sacrificing everything. They hired Colin Kaepernick, who kneeled during National Anthem in NFL to protest against racial discrimination. The ad became a huge success, and Nike’s sales rose by 31%.

Not all controversies succeed, however. The campaign must be done in good faith, otherwise, the smart customers can see right through it. Choosing a better topic related to taboo or a debatable topic can boost sales and attract consumers, such as awareness about LGBTQ or racial discrimination and other social problems prevailing in the society.

Controversy will work only if the product or the content should be worth the price to secure long-term customer loyalty. Even though you cannot ensure how audiences will react to the controversial idea. But you can easily compete with your competitors. Your major focus must be on creating a campaign, that is realistic and extremely connected to the message and a strategic move that can grab a wide population.